Readers could say, with some justice, that WC needs to learn to focus. But this stuff is pretty amazing. Wednesday WC took a cultural tool of Lima, Peru. The trip included a visit to the Museo Arqueologico Rafael Larco Herrera – a private archaeological museum – in downtown Lima. The pre-Columbian Indians took pottery to a high art form. Some samples. 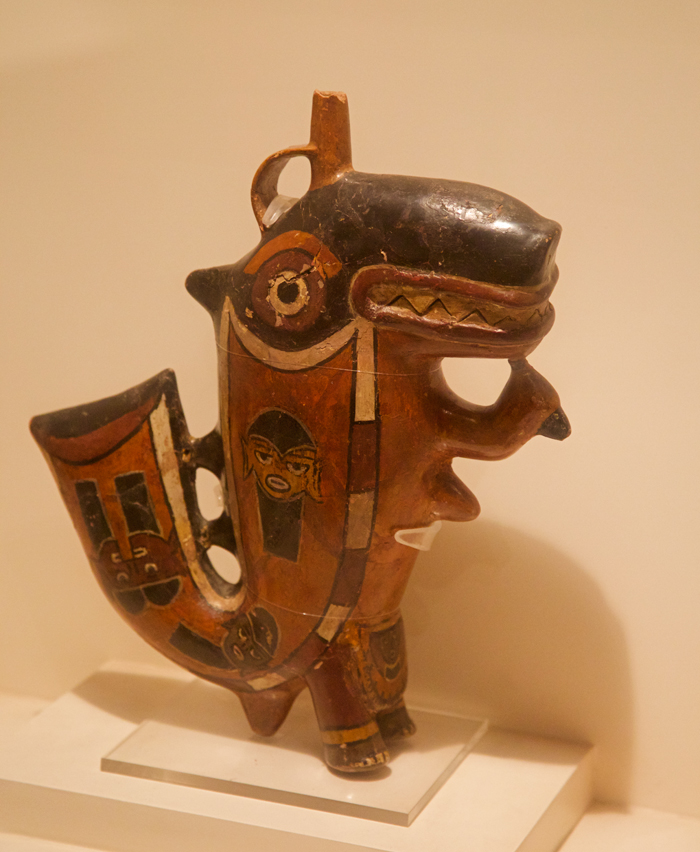 There’s a whole separate exhibit, discretely hidden away on another floor, of sexually graphic pottery. Those pre-Columbians were randy dudes. Because this is a family blog, here’s the least explicit of the bunch.

And, of course, gold. Pizarro didn’t get it all. What’s left, recovered from gravesides, is very impressive.

We also visited a catacomb, with some 75,000 bodies, all long-since reduced to bones. But they wouldn’t allow photos. WC has images to scan, though, so we’ll visit the catacomb later.

Most trips to Latin America, WC and Mrs. WC are off chasing birds immediately, and never have time to explore culture. But for the conquistador’s city, the capital of South America created by Pizarro, we made and exception. Turns out it was a good call.