And now for something completely different. The Greater Rhea, the signature bird species of Brazil’s Cerrado and Pantanal.

The Greater Rhea is the western world’s largest bird, flightless and a cousin to the Ostriches of Africa and the Emus of Australia. They are all Ratites, a super group of large, long-legged, flightless birds. The Greater Rhea is smaller than Ostriches and Emus, but at 63 inches in height, still a very impressive bird. Ornithologists can match the speciation of Ratites to Gondwana’s plate tectonic breakup. Geology confirmed by biology; you have to like it. 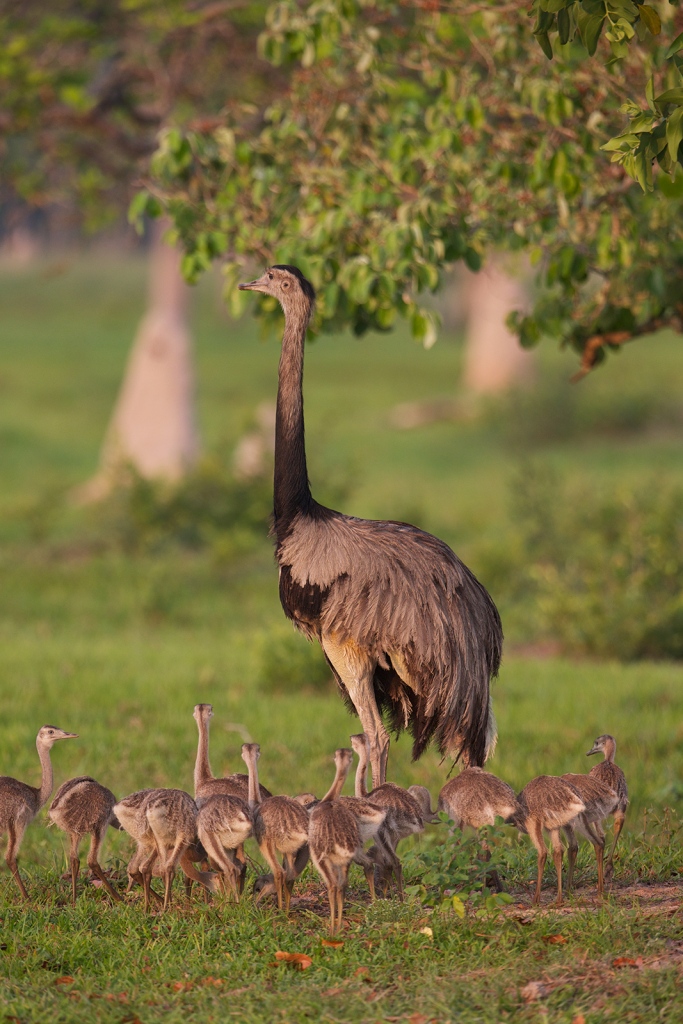 Among Rheas, the males raise the young. The male’s harem of several females lay the eggs in a single nest, where the eggs are incubated by the male, who subsequently protects the chicks into adulthood. The young reach full adult size in about six months but do not breed until they reach two years of age.

Greater Rhea are classified as near threatened, chiefly because of habitat loss. The populations of Pantanal National Park appeared healthy, but that’s a tiny part of the species’ original range.

2 thoughts on “Return of Bird of the Week: Greater Rhea”