“Pruning,” in this context, is deciding which old photographs to discard and which to keep. Sometimes it’s obvious and easy; other times less so. When you have something over 200,000 photos, chewing up some three terabytes of hard drive space, almost all of birds, you have to prune. Because WC’s skills have improved over time, photos that once were worth keeping sometimes require serious review later on.

On gray, rainy days, when WC can’t be out photographing birds, the pruning process gets occasionally addressed.1 Here are a few photos from back in 2013 that illustrate the challenge of deciding what to keep and what to discard.

Albertson Park, in the Boise Greenbelt, is the best place WC knows to photograph Wood Ducks. Oddly, it’s hard to find them out of the water, perched on the branches and limbs that give the species its common name. This image offers that, but the out of focus branches at the top of the image and gloomy tone are negatives. Keep it or not?

WC has hundreds of images of the photogenic, charismatic Mountain Bluebird. But not many that show the worn, late fall plumage. Sunlight and wear have bleached the male’s brilliant blue to a muted blue-gray. On the other hand, it’s pretty small in the frame and not as sharp as WC would like. Keep it or not?

Another species WC has captured dozens of times. The early morning light is good, but the head turn is just a bit too far and the out of focus grass stems are a negative. Keep it or not?

Mountain Chickadees – the montane cousin of the better known Black-capped Chickadee – are pretty common, but rarely in the open. In this shot, much of the bird is out of focus or suffers motion blur, a hazard of generally shooting in aperture priority. But there’s a nice energy in the photo, the bird’s angle is visually interesting, the head is nicely framed by the branches and is reasonably sharp. Keep it or not? 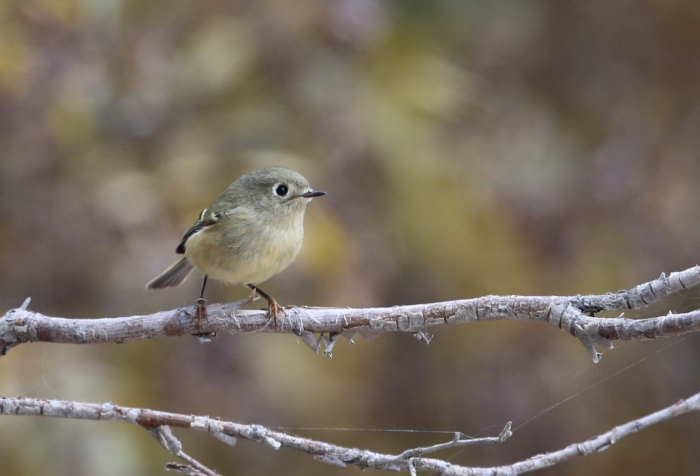 Ruby-crowns are famously hard to find and photograph out in the open like this. Naturally, WC missed the shot; the bird is a bit soft. Nor is that namesake ruby spot on his crown shown. Keep it or not?

Finally, a shot of North America’s biggest woodpecker. For a bird as large and as noisy as this species, it can be remarkably hard to photograph. But it’s small in the frame, not as sharp as it should be and detail in the face is lost in the blacks. Keep it or not?

These photos are all from the autumn of 2013. Almost six years down the road, on re-review, WC decided to delete them all. The Mountain Chickadee was the hardest call for WC. Your mileage might vary.

WC will return to the pruning process in a later post, focusing on factors other than image quality that go in to this kind of decision.

But right now, WC will return to photo review.

3 thoughts on “The Challenges of Pruning, Part 1”