Non-birders are always surprised to learn there is a large raptor whose primary prey is . . . snails. It somehow doesn’t fit the image of a raptor: a fast-flying, fierce predator that subsists primarily on famously slow-moving mollusks.

But that long, hooked upper mandible has evolved to hook the snail out of its shell. Voila! Escargot! 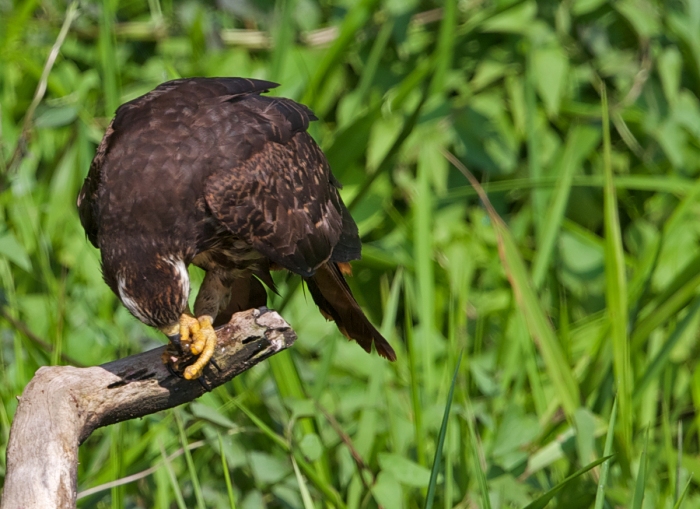 Snail Kites are also a bit unusual in that they are sexually dimorphic. Females have a dark brown back and a heavily streaked chest, brown on white, with lots of white on the head. Males look very different. 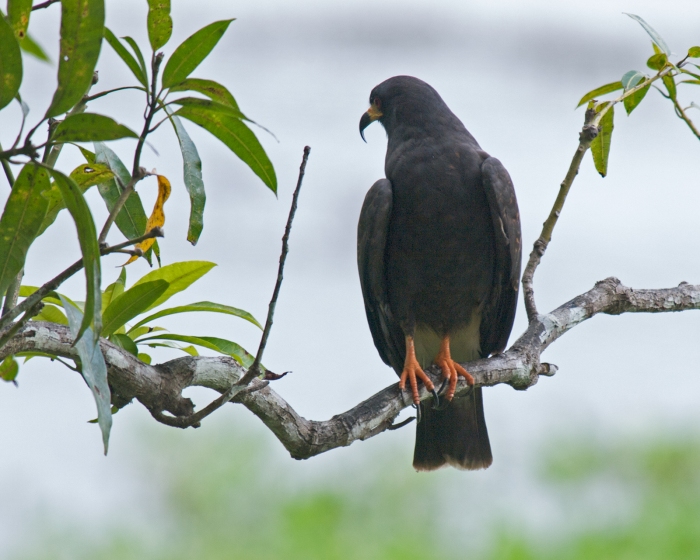 The backlighting in the photo is pretty bad, but you can see the bird is charcoal gray throughout, with some white on the belly and vent. In flight, the male Snail Kite looks a bit like a Northern Harrier, with the white band across its butt. Their flights are very different, though. Depending on which ornithologist you talk to, there are either three subspecies of Snail Kite or none.

Snail Kites have a wide range, extending from Florida, throughout the Caribbean, much of Central America and the northern half of South America. Wherever there are snail-supporting wetlands in that range, you are likely to find Snail Kites. In the United States, Apple Snails are the primary prey, but the Snail Kite has proven adaptable, even, as WC has written earlier, to the extent of developing a larger bill in response to invasive snail species in Florida.

This is a long-lived species, as much as 25 years in the wild. The U.S. populations declined by 50% or more in the 1990s, but seem to have stabilized since. Habitat degradation and the various chemicals used in farming in Florida are both implicated in the decline. There is little data on population trends outside of the U.S. But the loss of wetlands is a serious risk.

A remarkable bird and always a treat to watch.

One thought on “Return of Bird of the Week: Snail Kite”