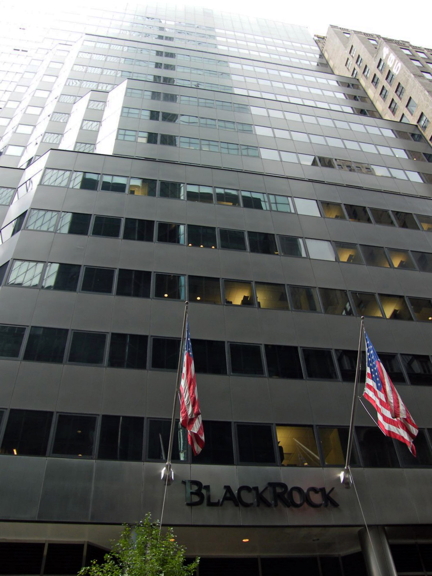 Blackrock is the world’s largest financial manager. It administers about US $6.3 trillion in assets. That’s a lot of dough, not matter how you measure it.

Blackrock has long talked about focusing on “sustainability” but its portfolios have always included fossil fuel industries. Blackrock has talked the talk but not walked the walk.

But there are signs that Blackrock is starting to recognize the reality of anthropogenic climate change. Not because Blackrock’s managers have suddenly been persuaded by the science, but by the sudden realization that climate change is an investment risk. It’s bad for business.

The CEO of Blackrock is named Larry Fink (yes, really). He makes just under $30 million a year. He’s a billionaire. He writes an annual letter on behalf of Blackrock in which he both extols Blackrock’s success and makes very vague promises about social and environmental responsibility. It’s so predictable that last year Yes Men, a satire site, was able to release a hoax letter – a Fake Fink letter – the day before Fink’s 2019 letter was released that nicely snarked Fink’s effort. Blackrock, you see, owns more fossil fuel stocks than any other company. BlackRock is the world’s largest investor in new coal plants, with shares and bonds totaling $11 billion in 56 coal plant developers around the world, almost double the coal holdings of its closest competitor, Vanguard. (Note to would-be investors: this is not just bad for the planet, it is bad for profits.) Fink’s letter, sent out the next day, was just more of the same.

A year later, which was last week, it was once again time for Fink’s annual letter. Yes Men left it alone this year. And readers might be confused by Fink’s 2020 effort. The letter almost admits that it is irresponsible to be investing in fossil fuels.

Now that sounds promising, but careful readers will note there are no dates for this wonder, nothing like “We will dump those wretched coal stocks by June 30, 2020.” Nothing like that. If it’s a promise, it’s a very, very soft promise.

So why does WC call it an encouraging sign?

Which is why WC calls it a hopeful sign.

(A hat tip to WC’s friend JR for the idea behind this post.)