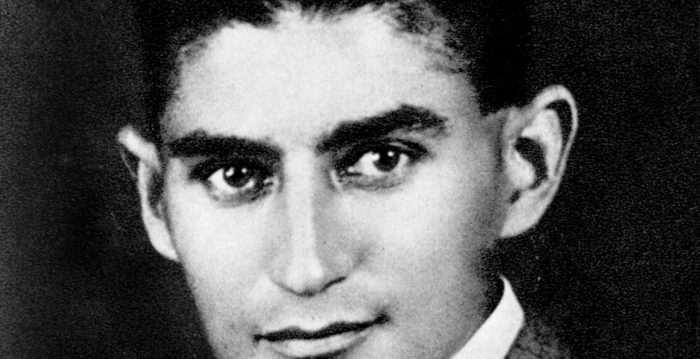 In undergraduate school, WC was for a time fascinated – infatuated, really – with the works of Franz Kafka. It doesn’t take long to read all of Kafka’s works – five fairly short novels and a couple of short story collections – but they leave an impression, and appealed to WC’s sensibilities at the time. From there, WC read a mediocre biography of Kafka, and then a biography of Max Brod, Kafka’s literary executor, who famously failed to follow Kafka’s instructions that all of Kafka’s papers and writings be destroyed.

So WC was surprised to see on Facebook a sweet story about Kafka, claiming he befriended a young Steglitz girl who had lost her doll. WC’s memory of his undergraduate years isn’t as assured as it might be. Steven Stills was right, if, perhaps, for the wrong reason.1 But despite reading a fair amount by and about Kafka, WC didn’t recall this at all, and it seemed distinctly out of character for Kafka.

So here’s the story, if you haven’t seen it already:

Kafka, the Lost Doll and the Little Girl

Franz Kafka, the story goes, encountered a little girl in the park where he went walking daily. She was crying. She had lost her doll and was desolate.

Kafka offered to help her look for the doll and arranged to meet her the next day at the same spot. Unable to find the doll he composed a letter from the doll and read it to her when they met.

“Please do not mourn me, I have gone on a trip to see the world. I will write you of my adventures.” This was the beginning of many letters. When he and the little girl met he read her from these carefully composed letters the imagined adventures of the beloved doll. The little girl was comforted.

When the meetings came to an end Kafka presented her with a doll. She obviously looked different from the original doll. An attached letter explained: “my travels have changed me… “

As said, a sweet story. But the idea of the introverted, self-tormenting Kafka, the author of “The Metamorphosis” and “A Hunger Artist,” doing this seemed unlikely. Almost Kafkaesque. Unsurprisingly to readers who have followed this blog for a while, WC set out to determine if the story was true.

The thing to remember about Kafka is that almost all of this work, and all of his fiction, was published after his death, by Max Brod, in utter defiance of Kafka’s directive that it all be destroyed. Yet he remains a fascinating character, with an influence completely out of proportion to his literary output. Consider: the definitive biography of Frank Kafka is just under 2,000 pages, extending across three thick volumes.2 All of Kafka’s work, including his letters, would rattle around in just one of those volumes, with lots of room to spare.3

Various versions of the story are everywhere on the web. Some carry warnings that the attribution to Kafka may be untrue, and is certainly undocumented.

WC finally traced the story – another attribution, of course – to Dora Diamant. Diamant was one of several fiancés Kafka had over his life, in fact, the last one. Probably. Diamant apparently told the story to the French critic and translator Marthe Robert, and, in a slightly different version, to Max Brod.

Diamant herself is a suspect source. She claimed to have burnt many of Kafka’s manuscripts and letters, under the eye of the dying Kafka. She told Brod and Moshe Spitzer, an editor from Schocken Verlag, not long after Kafka’s death, that she no longer had any manuscripts in her possession. But that turned out to be untrue. Diamant later claimed that in spring 1933 the Gestapo raided the Berlin apartment where she was living with Ludwig Lask, a German Communist leader she later married. Diamant claimd the Gestapo carted off a number of Kafka manuscripts, including, possibly, the doll letters. Or maybe the whole thing is a fabrication. Unless the Doll letters turn up in some former East German or perhaps even Russian archive along with other manuscripts from Kafka’s stay in Berlin, we’ll likely never know.

Would Diamant have made up the story? On the one hand, Diamant had an exalted, mystical streak, evident particularly in comments reported by J. P. Hodin and the German novelist and erstwhile Kafka scholar Martin Walser, who interviewed her in London in 1948. That argues she respected Kafka too much to make such a story up. On the other hand, she lied to Kafka’s literary executors, one way or the other, about destroying the Kafka manuscripts she possessed.

So we don’t know if the story is true, and aren’t likely to ever know for sure. We know where the story originated. But like much of history, the rest is uncertain.

One thought on “Kafka, the Lost Doll and the Little Girl”